30 Seconds for Hope: Do your kids act deaf? I mean, do they hear just fine but maybe aren’t motivated to listen and act? Would you like some ideas on how to help them respond—tips that go beyond threats, coins, or candy? Do you hope for a more upbeat tone in your home? Over the years I have learned some outside-the-box ideas for motivating children that I want to pass along to you.

When my little John was four, I paid him coins for cleaning dirty spots in the kitchen. He was great at this—a win-win for us! I got clean things, and he got precious money. John never turned down new opportunities.

“Do you want to wipe spots off the wall?”

“How about that dirt under the kitchen table?”

“Could you wipe down the refrigerator door for me?”

Then came the day it all backfired when I casually asked, “Could you please take this T-shirt to your dresser and put it away?”

And John replied, “What will I get?”

Hmmm… That’s the day I knew I had gone too far with my money-motivator plan. I was raising a mercenary! A mercenary who wouldn’t do anything without pay. I knew I needed a new plan, but what? I had to ask myself some questions.

How can I motivate action? How can I get my children to do what needs to be done?

Kids subconsciously want to know what’s in it for them before acting. They want pleasure, and they want to avoid things that bring them pain. (Like us, right?) Unfortunately, children are still too inexperienced to know that some of their choices will actually work against getting the benefits they want, so we parents have to motivate them toward beneficial living by giving them life experiences. How can we do it?  Do we yell? Hand out candy? Pay? Threaten them?

Threats and negative consequences can motivate desired behavior, plus there are good reasons to apply discipline at times. But who wants to face threatening words all day, every day, for every little thing? Not me, and certainly not my children! Plus, after a while, those threats wear out and don’t even work. Thankfully, by listening to trusty advice from various sources, I learned some additional ways to motivate children. Three other motivators that helped my children want to take action were:

Self-reflection – Believe it or not, helping my children to consider their own actions through self-reflection was sometimes all that was needed for positive change. You can reflect children’s reality back to them by means of counting behaviors or listing their actions—a form of accountability. This permits them to see their own behavior and then make some good choices simply by becoming aware of what they are doing. For example:

·         When my children asked tons of questions at the grocery store, to the point that I couldn’t even think about shopping, I discovered that simply counting their questions helped them become aware of how often they were demanding my attention. When I wrote down a tally mark each time they asked me to buy something, they realized what they were doing and slowed it down.

·         Another idea I tried was creating a timeline for tasks to be done, writing a benchmark target for each task (using pictures on the timeline for young children). For example, when a child meets a benchmark getting ready for bed, simply write the time that it happened on a paper timeline, from brushing teeth to being in bed. Ink on paper reveals to them that they are making progress toward the goal. It can become a self-motivator.

Examples from role models – A second type of motivation came from the adult friends who surrounded our family. By nature, children are imitators. They just are. So if you surround your family with a healthy community of role models, your children will be inclined to imitate those good examples. If you want your children to become generous, get around other generous people. For example:

·         When I was a child, some friends of my parents organized a disaster relief trip after a tornado. Our families drove several cars and a van full of food into the disaster area of the distant town. Maybe it wasn’t the most organized way to do it, but we helped many suffering families that day, and it left a lasting impression on me—namely, “When disaster hits, do whatever you can to help.”

In the same way, I chose friends who could be good examples for my kids, and my children were influenced by them.

Positive rewards – Last, but definitely not least, a third motivator I learned was the power of positive rewards. This simple tip often gets overlooked because, by nature, parents gravitate toward negative consequences. Angry words. “The Look.” Grounding. And yes, unpleasant consequences can and do motivate. Just think about adults and their speeding tickets, late fees, or even jail. But since parents tend to default to negative responses, let’s become more intentional about dishing out the positive rewards that can work “miracles.” Don’t think of this as bribery but rather as a way to teach children the reality that everyone reaps what they sow. In fact, millions of adults strain hard every day to receive a paycheck, even working at jobs that aren’t their favorite. Are they being bribed by their employer? No, they are reaping what they sow. Earning rewards is so grown up. Teach your children how life works.

You probably know that sweet treats and money can motivate children. But what other kinds of positive rewards are helpful? Short answer: anything they enjoy! Think of the things that your children enjoy, and use that in your favor. One of my children was motivated to work hard by receiving extra time to play the piano. You already know that won’t work for most kids! Study your own child. Below is a list of ideas that you can tweak through your own creativity. Disclaimer: Please remember that these suggestions can backfire. Nothing works like a charm for every child. All children have their own minds and own wills. Truth? Also remember, the goal isn’t to manipulate children but rather to lead them into learning good practices that will benefit them for life. That being said, here are ideas to help motivate your children:

·         Change work into pretend games (for young children) Such as: “This dump truck is going to pick up a big pile of gravel and dump it. Here I go!” But actually you’re dumping Legos into a tub. Often, after you start the game, young children will take over and they’ll put toys away by “dumping” with the toy dump truck. There are many other pretend games you can invent. Throwing clothes into the hamper can become “basketball.”  Eating broccoli can become “eating a forest.” And so on… Turn life into fun by being creative. Think!

·         Star charts rewarded by an outing or getting something new. Such as: “This chart lists all the days of this month. I’ll put a sticker on the chart every day that you (“use your napkin”/ or fill in the blank). When you get (“10″/ or an achievable number) of stickers then I’ll give you this (“ball/book/picnic”/ or whatever reward you choose). This is a great way to train new levels of maturity or responsibility. Don’t punish children into a new habit. Reward them. And my best tip: Make both the target and the reward achievable, or it will backfire! More on that later.

·         Extra free time gained from working quickly. Such as: “When you finish dusting the living room, you can have free time until supper. Do it quickly to get more free time!” This teaches children about a reality in life. If you are slow, then you don’t get as much.

·         Praise. Praise. Praise. Such as: “I noticed that you made the bathroom sink shine. You worked hard at cleaning it!” This example actually comes from my childhood. During my Saturday morning chores, I remember admiring how much I could make the bathroom chrome shine, knowing that my parents would be pleased with my work. Never underestimate the power of praise. And be sure to find things to commend each child for. Avoid the rut of always praising one child but criticizing another.

Bottom line—every child is different in what they enjoy, so be a student of your own child.

Here’s an extra word of caution. Be sure that the reward is attainable. Consider the age of the child. Don’t tell a four-year-old, “If you clean the kitchen, then we’ll go to the zoo today.” That broad of a goal is too much for that age to handle, plus the disappointment of missing the zoo is way beyond what the clean room is worth. You’ll end up with a meltdown instead of a zoo trip, and the emotional damage isn’t worth it. Instead, give a smaller goal using a smaller incentive, such as: “After you put your dirty dishes in the sink, we’ll draw a star on your chart.”

Four-year-old John learned to do things without getting paid. It just took a little more creativity on my part because I had to use my brain to imagine things that would motivate him, and my other children. You can do this, too. Do it, and you’ll create family life that goes beyond yelling, candy, and money. When you major in positive motivators, I predict that in the years ahead your children will remember those positives in your home and will praise you. That’s worth pursuing! (Do you see what I did there?)

More hugs, help, and hope for moms in my book:

View all posts by Rita Bergen

Whether you’re a busy mother of active children, or someone just needing a boost, welcome to 30 Seconds for Hope.

Moms on the go need encouragement but often don’t have the time. So I promise that the first paragraph of every blog article can be read in just 30 seconds—for hope in a bite-size portion. Keep reading if you want to hear the full story that led to the hopeful conclusion.

Then click on menu tabs to go deeper into faith, hope and love. (Evidence for Faith, Hope’s Beginning , and Tips for Love).

And don’t miss my book for moms of high-energy kids! 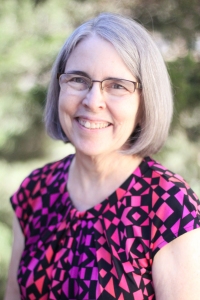 Unauthorized use and/or duplication of this material without express and written permission from this blog’s author and/or owner is strictly prohibited. Excerpts and links may be used, provided that full and clear credit is given to Rita Bergen and 30 Seconds for Hope with appropriate and specific direction to the original content.